What is Magnetron Sputtering?

By enclosing electrons in the magnetic field using a magnet, a dark plasma region can be created, increasing the probability of argon atoms colliding with the target, and increasing the speed at which the argon atoms adhere to the substrate.
This is called magnetron sputtering and is now the mainstream of sputtering.

Electrons that were moving freely are in a state of high density where there is a magnetic flux.The high density of electrons means that there are many “Ar+” people.
When electrons collide, argon becomes “Ar+” + “e-“.For example, if you only have one electron, you can only have one “Ar+” hit argon, but if you have 10, you can do 10.
This means that the higher the density of electrons, the higher the “Ar+” density.And the higher the “Ar+” density, the more “Ar+” you hit the target.As you increase, the number of aluminum that pops out of the target also increases.Therefore, the speed at which the film can be done becomes faster.You can take it as soon as possible to the thickness of the target. 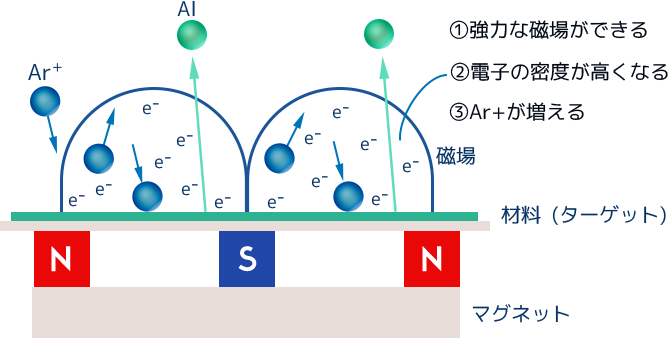 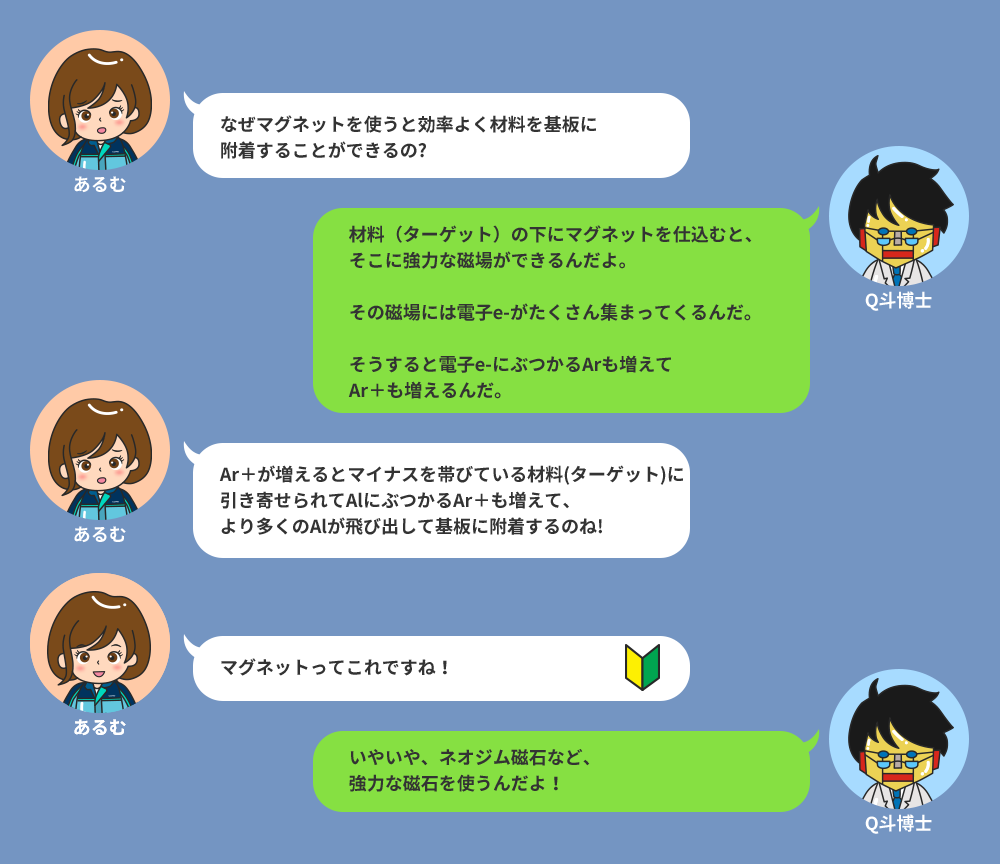